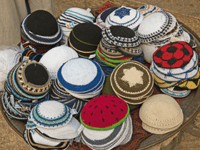 It was an outrage but not much of a surprise when French extreme right Front National leader Marine Le Pen announced this week that France should pass a law to ban the wearing of the kippah (Jewish skullcap.) In her defense, her position on the wearing of religious symbols doesn't only include the kippah. She is also in favor of banning the hijab and veils. END_OF_DOCUMENT_TOKEN_TO_BE_REPLACED

Southern Baptists Support Israel “For Such a Time as This!” 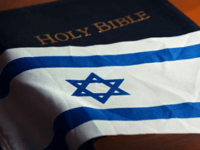 The Southern Baptist Convention (the largest evangelical denomination in America), just passed a resolution that boldly proclaims support for Israel. This is not highly unusual for the SBC that has a solid reputation for supporting Israel and the Jewish people. Yet, END_OF_DOCUMENT_TOKEN_TO_BE_REPLACED

The Facts About Palestine 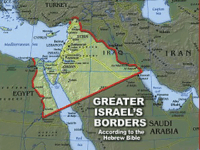 Who is the rightful owner of the most contested piece of real estate in the world? Everyone seems to have an answer to this question that has captured the world’s attention. END_OF_DOCUMENT_TOKEN_TO_BE_REPLACED

Is Holocaust Denial Really about the Holocaust? 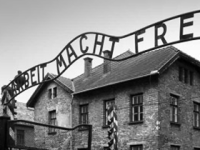 In 2005, The United Nations General Assembly passed Resolution 60/7 to officially choose January 27 as the International Day of Commemoration in memory of the victims of the Holocaust. This is the day when the world is supposed to mark and remember the Holocaust and its victims. END_OF_DOCUMENT_TOKEN_TO_BE_REPLACED

Within a week of the start of 2015, terrorism hit France in what became the worst terror attack in decades, claiming 17 lives. Eleven months later, in some sort of an eerie xenophobic bookend, France was hit again, this time losing 130 innocent people. As I see the fabric of our global village changing daily, especially with the recent migrant crisis in Europe, I am greatly concerned with the fate of my people and of Israel. END_OF_DOCUMENT_TOKEN_TO_BE_REPLACED