The Union of Messianic Jewish Congregations – a Diagnosis 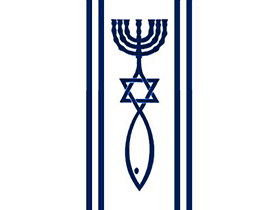 The UMJC – A Diagnosis

In the aftermath of the 2016 annual conference for the Union of Messianic Jewish Congregations (UMJC), it seems that a time for reflection is in order.  There has been a significant (seismic?) change in leadership, with a new Executive Director, a new President (!), and a new Vice President at the helm.  I am certain no one could have predicted this outcome.

So as the new leadership settles into their respective positions, let us pray for each of them, and their families, that they would be strong and wise in the oversight of our little denomination as it goes forward.

But wait, there’s that word: denomination.

One of the things I learned quite clearly at this recent conference is that the UMJC is not really a denomination.  I had this discussion at various times with our new Executive Director, who took issue with the term, and rather firmly pressed the notion that the UMJC is a “movement,” or part of one.  I now agree with this assessment 100%, most unfortunately.

The UMJC lacks the internal structure of an established denomination.  It is more of a loose confederation of like-minded people doing ministry, networking, selling books, and being family.  It has many clergy members (rabbis, messianic pastors, or whatever handle you prefer), who are tent-makers, supporting their vocational ministry with an outside job.  Because of this looseness, the UMJC can rightly be understood as sub-denominational.  In actuality, the UMJC is less than a denomination, and to become a full-fledged denomination would be a growing step upward.

Now before you get mad, hear me out.

Everybody is aware of The Major Issue facing the UMJC, namely, that the seasoned men in the pulpits are moving toward retirement, and the concern is that they be replaced by young, qualified, Jewish believers, who will carry the torch into the future, sustaining and building upon the work that the pioneers (as they have been called) have labored so many decades to forge.  But that younger generation is elusive, to be sure.  Indeed, while some have stepped into those pulpits, how can the UMJC be certain its congregations will increase and multiply?

That is the sickness, or the most immediate crisis, and everybody knows about it.  Entire leadership retreats have been focused on this very issue.  The diagnosis is clear: The UMJC is hurting for new leadership in the pulpits.

So what to do?  Is there a treatment?  Yes, there is.  And our new Executive Director has placed her finger on a part of the problem, namely, money.

One of the campaign promises, if you will, of the new Executive Director is to try and raise funds for retiring clergy.  This is a worthy and admirable goal.  The number floated was an impressive $3 Million in three years.  I, for one, hope and pray she can accomplish this.  These men who have devoted their working lives to Messianic Jewish ministry deserve to be treated well as they approach their retiring years, and the least the UMJC can do is give them some financial support as they move into those winter seasons.

So let’s imagine, for a moment, that the money becomes available for these fellows.  Good!  That’s the right thing to do, and we all know it.  But what about that next generation, those hard-to-find new recruits?  How to attract them?

This is where things get tricky.

Let’s imagine for a moment that the UMJC is a real denomination.  If that were the case it would have a fund not only for retiring clergy, but also for the placement of new clergy, as well as interim clergy where needed.  Granted, there is the K20 fund, but that is a far cry from the sort of funding I am referring to.  (I was personally recruited by a congregation whose leader had access to some K20 funding, but I did not pursue the position.  Ironically, I had previously applied for K20 funding when I was new to Adat Yeshua NM, only to be turned down. Go figure!)

In any case, if the UMJC were an established denomination, it would have funding for seasoned clergy, as well as those who are incoming.  It does not have that.  But let’s pretend it did!

How much then, would a newly minted, seminary trained, Jewish believer with a gifting and a heart for Messianic Jewish ministry be worth to the UMJC?  Keep in mind there are now MDiv programs that specialize in Messianic Jewish ministry.  How much would a graduate from one of those fine programs be worth? I would estimate somewhere between $50,000 and $65,000 per year, depending on qualifications and family needs.  (And that’s being modest.)

So let’s pretend that money is available.  After all, in Acts 4:32-35 we are told the believers pooled their resources to support the ongoing ministry, and we could certainly do the same thing.  How then, would that money be used?  Obviously we need new clergy, obviously they need to be paid.

Just parenthetically, the major denominations not only retain these sorts of funds for new clergy, but also for those who do intentional interim work.  When a church has a crisis, say for example the pastor dies, or retires, or there is a split of some sort, then the denomination steps in with an intentional interim pastor.  The interim clergy is meant to be a stabilizing factor in a congregation that is on the brink.  Some pastors are so successful at this sort of work, that they become “turn around” guys.  I know one who has rescued half a dozen churches over the course of his career.  The denomination sends people like this into a situation where the congregation is about to implode, and they set things right.

Wouldn’t the UMJC benefit from these sorts of people as well?  Of course!  Think about the prospect of a congregation that owns a building, but might lose it if the place closes down for lack of leadership.  Or consider the ministry within a strategic city, where the UMJC has worked hard to establish a foothold it doesn’t want to lose.  If there were funding for interim clergy they could be sent in without having to worry about where their livelihood is coming from.  Ponder that.  How can you hope to rescue a dying congregation when you are worried that your own pay depends entirely on that same sick situation you are trying to repair?  And conversely, imagine how freeing it is for an interim clergyman to know that he can concentrate on healing that sick congregation, without having to be concerned that his family won’t be fed if the place goes belly up?

So again, money is at least part of the cure.  But the other side of the problem is – brace yourself – doctrine.  And that’s where we run into real trouble.

The UMJC prides itself on being a “big tent,” as well it should.  Everyone is welcome. But if the UMJC tent is too big, doctrinally speaking, it will collapse on itself, even with the funding. Imagine again a formerly illustrious congregation that has recently fallen on hard times.  They had a death, or a split of some sort, and now they need someone new, or at least an intentional interim.  “Great,” you say, “we have the funds for that!”

Yes, but we just had a lengthy debate about complementarianism vs egalitarianism at our last conference.  (Do you remember that?)  And the controversy is still lurking under the surface.  Either way, which should be sent? A complementarian? An egalitarian?  What if the hurting congregation is decidedly complementarian, but the UMJC has a great egalitarian clergy person to fill the role?

“No problem,” you say, “it’s a big tent and we can deal with that. We are mishpacha!”

Ok then, what if the UMJC decides to send a female rabbi into a complementarian congregation?

Are you sure?  Let’s go a little deeper…

Up to this point the debate centers on the issues of men and women in positions of spiritual leadership, and the UMJC has shown the willingness to deal with these matters.  But set that aside for a moment.

What about some of the bigger elephants in the room?  How does the UMJC deal with the need for, or opposition to modern day “apostles?”  (Capital A, or lowercase, doesn’t matter.)  What if a congregation needs a clergyman or woman, and the person the UMJC sends happens to view himself, or herself, as an apostle?

“Uh oh! We have a great young Jewish believer with an MDiv in Messianic Jewish ministry who is willing to serve,” says the UMJC, “but he does not believe in modern apostles at all!”

Now what? Do you send this rebel into a Tikkun congregation?

Or even worse, consider this scenario.  Suppose a congregation splits over this very issue.  The old apostle has moved on to greener pastures, and now some congregants want a new one.  But maybe a large number do not!  The UMJC dutifully wants to step in, save the congregation, and keep it on the map.  But where does the authority come from to say they will, or will not, be receiving an “apostle?”  If there is no clarity of doctrine, the UMJC does not hold that level of authority.

So the sickness is clear, but the cure is difficult.  We lack new people, programs, and structures.  Not only do we need to raise funds, but we also need to make some hard choices about what we want to be.