What Does Yeshua Mean? 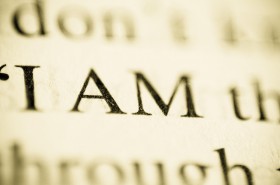 Yeshua is a name that means 'Salvation' in Hebrew.

Who is Yeshua?  Yeshua is the same as Jesus Christ of the New Testament Bible, and the same as the Messiah which was prophesied to come through the Jewish people over and again in the Old Testament Bible which is known as the Tanakh to the Jews.

Why do people call Yeshua 'Jesus'?

The name "Jesus" comes from the Latin Iesus, which comes from an Anglicized form of the Greek name Yesous. What this means is that the Greek name Yesous was altered as it was adopted by the English language.  In the 1st century, the Greek name Yesous represented the Hebrew name Yeshua, which was a shortened form of the Hebrew name Yehoshua.   Despite claims to the contrary, there is no historical or linguistic basis in any biblical texts for other modern forms of the name Yeshua, such as Yahshua, Yahushua, Yeshu, or Y'shua.  The name 'Jesus' did not yet exist during the time that Jesus Christ was on Earth, approximately 4 BC to 29 or 34 AD.  It did not come into existence until it was configured by the Council of Nicea of the Roman Catholic Church in the 4th century.

Yehoshua is a compound name consisting of two parts:

Some have suggested that the name Yeshua can be found hidden within the Tetragrammaton YHVH, as "Yeshua HaNazarei Vemelekh HaYehudim" which in Hebrew translates as, "Jesus of Nazareth, King of the Jews" which is the same as the familiar Latin inscription  INRI seen written on the notice that was nailed to the cross above Jesus per Pontius Pilate's instruction,  "Iesus Nazarenus Rex Iudaeorum".  However, Hebrew linguists are reluctant to state that this is the case, because the word "Ha" translates as "The", so the 'Ha' could be referring to anything.  Point taken, but it is interesting none the less, especially in light of what YHVH means and what Jesus said about himself.

YHVH, pronounced Yahweh, was first used in the Bible in Exodus 3:14  as the name of God when God spoke to Moses from the burning bush.  YHVH translates as "I AM THAT I  AM" or "I AM WHO I AM".

What Did Yeshua Say About Who He Is?

A list of statements by Yeshua/Jesus using the phrase "I am" follows:

John 6:51: "I am the living bread which came down from heaven. If anyone eats of this bread, he will live forever;"

John 8:12: Then Jesus spoke to them again, saying, "I AM the light of the world. He who follows Me shall not walk in darkness, but have the light of life."

John 10:36: "do you say of Him whom the Father sanctified and sent into the world, 'You are blaspheming,' because I said, 'I am the Son of God'?

John 11:25: Jesus said to her, "I AM the resurrection and the life. He who believes in Me, though he may die, he shall live.

John 14:6: Jesus said to him, "I AM the way, the truth, and the life. No one comes to the Father except through Me.

Acts 7:32: Stephen speaking of Moses' encounter at the burning bush  "saying, 'I AM the God of your fathers— the God of Abraham, the God of Isaac, and the God of Jacob.' And Moses trembled and dared not look."

Acts 9:5: And he said, "Who are You, Lord?" And the Lord said, "I AM Jesus, whom you are persecuting. It is hard for you to kick against the goads."

The 'I Am' in the Old Testament was whatever man needed. He became, he was his all in all. Jesus in the New Testament uses all the examples to show us who He is. He is everything to man and the only way to God.

The most important of all the statements are in  John 8:24 after Yeshua tells them, "I am not of this world."
"Therefore I said to you that you will die in your sins; for if you do not believe that I AM [He], you will die in your sins." ( the word 'he' is not in the original). Yeshua is telling them that he is the same I AM that Moses met at the burning bush.