Oxford and ISIS: Iconoclasm Does Not Cleanse History 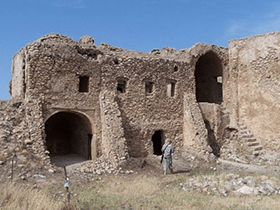 I was saddened to read the politically correct decision on the part of a small majority of students at the Oxford Union to remove a statue of Cecil Rhodes, as part of the Rhodes Must Fall campaign.  Rhodes is most widely known to Americans for the scholarship after his name, and for the African territory of Rhodesia, which is now Zimbabwe and Zambia.  There is also a Rhodes University in South Africa.

Doubtless, many Rhodes Scholars around the world are dismayed that the man who helped make it possible for them to achieve academic excellence is now being tarred as nothing more than a purely bigoted colonialist from whom we must remove any shred of personal honor.  It is not enough to study the nuances of Mr. Rhode's life and learn from the positives and the negatives, we must now tear down his replica and shun the man entirely.  Good going, Oxford.

Removing that statue from Oxford’s Oriel College will never satisfy these people because a diversity of ideas is not what they want.  “Diversity” really means complete uniformity to their thinking, as if that were ever possible, and along with that, we must clean up this nasty thing called history as well.  Welcome to Alice in Wonderland.

But on a similar note, I was even more saddened to see the successful demolition of the oldest Christian monastery in Iraq, at the hands of ISIS, again with the mind toward erasing some piece of history that is deemed to be less than ideal for the perfect ideologue.  St. Elijah’s Monastery stood for some 1400 years before ISIS came along with its sense of indignation towards all things Christian, and went to work with bulldozers, explosives, sledgehammers, and whatever was necessary to reduce the building to powder.

The destruction of these artifacts and artworks is childish, as I have written before.  The FBI records that in Iraq alone, as far back as 2003, the number of ancient artifacts that have disappeared from museums and archaeological sites was between 7,000 to 10,000.  One can only wonder at how high that number will be after ISIS is finally destroyed, and the damage can be assessed.  (No hurry, Mr. President…take your sweet time.)

So it appears the impulse of some overly-sensitive Oxford child-students is related to the same impulse on the part of ISIS to erase history through iconoclasm.  At this point, I cannot help but wonder when this kind of stupidity will end.  We are in the midst of two tidal waves of temper tantrums:  On the one hand, we have students whose feelings and sensitivities are being injured to the point where they feel the need to lash out at the visible representation of past oppressions.  (Nevermind the fact that, as one professor pointed out, the next figures in line for demolition could rightfully be Winston Churchill and George Washington, if the logic of the students continues to be accepted.)  And on the other hand, we have the latest Islamic death cult, which is bent on destroying anything whatsoever that does not conform to their apocalyptic worldview – to put it nicely.

And while the rest of the world looks idly on, I can only pray that the largest majority of us are more concerned with what might happen if (when?) these two groups should ever meet head-on.

Next
Antisemitism in 2015: A Year in Review!