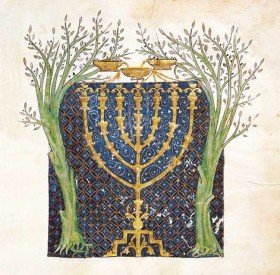 Who is Yeshua ben Yosef?

A well known Jewish prediction is that the Messiah will be from the line of King David.

The Lineage of Messiah from King David

Yeshua's lineage to King David can be traced back through both his mother and earthly father's family tree. (See Matthew 1:1–17 and Luke 3:23–38)  Yeshua will be coming again soon as Messiah ben David.  Most Orthodox rabbis agree that there is little time left before Yeshua ben David comes.  It is interesting that the Jewish Scriptures do not mention Messiah ben Yoseph, however, the rabbis write in the Talmud in Succah 52a that there will be a Messiah ben Joseph (Moshiach ben Yosef) which translates as 'Messiah son of Joseph'.  This can be none other than Yeshua (Jesus Christ) who fulfilled over 300 Jewish Messianic Prophecies since Yeshua was son of Joseph and Mary. The Talmud is second to the Tanakh or Jewish Bible and is the 'Oral Law' or central text of Judaism written between the years 100 and 200 A.D. The Talmud is mostly comprised of rabbinic discussions relating to Jewish law, ethics, philosophy, customs and history. While the Talmud is not considered to be of divine origin it is highly regarded.

Yeshua in the Talmud

"It must be granted him that says, for Messiah the Son of Joseph that shall be slain as it is written, And they shall look upon Me Whom they have pierced."
– Talmud Babylonian   (Succah 52, 1) 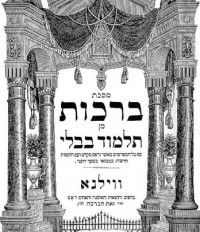 Keep in mind, this passage from the Talmud was written by a Jewish rabbi at least 100 years after Yeshua gave his life as the Lamb of God for the final atonement of sins and redemption of his people.

In Succah 52,1 you'll notice an inference to two of the most well-known Jewish Messianic prophecies found in Isaiah 53 and Zechariah 12, in that the Messiah is both slain and pierced.  There is no question that Yeshua was killed by being pierced or nailed to a cross since it is a matter of historical record.

"But He was wounded for our transgressions,
He was bruised for our iniquities;
The chastisement for our peace was upon Him,
And by His stripes we are healed.
6 All we like sheep have gone astray;
We have turned, every one, to his own way;
And the LORD has laid on Him the iniquity of us all.
7 He was oppressed and He was afflicted,
Yet He opened not His mouth;
He was led as a lamb to the slaughter,
And as a sheep before its shearers is silent,
So He opened not His mouth.
8 He was taken from prison and from judgment,
And who will declare His generation?
For He was cut off from the land of the living;
For the transgressions of My people He was stricken."

"And I will pour on the house of David and on the inhabitants of Jerusalem the Spirit of grace and supplication; then they will look on Me whom they pierced. Yes, they will mourn for Him as one mourns for his only son, and grieve for Him as one grieves for a firstborn."

I am poured out like water,
And all My bones are out of joint;
My heart is like wax;
It has melted within Me.
15 My strength is dried up like a potsherd,
And My tongue clings to My jaws;
You have brought Me to the dust of death.

16 For dogs have surrounded Me;
The congregation of the wicked has enclosed Me.
They pierced My hands and My feet;
17 I can count all My bones.
They look and stare at Me.
18 They divide My garments among them,
And for My clothing they cast lots.

Today's technological advances in genetics and DNA analysis can show that certain people are related to each other to the degree of which of the 12 Tribes they may be descended from.  However marvelous this may be, the technology provides no substitute for a well-documented generation-by-generation family tree.  Since the destruction of the 2nd Temple in 70 A.D. it is no longer possible for people of Jewish descent to trace their lineage back before the year 70 A.D., as all the records were completely destroyed.

However, two of the most important family trees were preserved prior to the destruction of the 2nd Temple and can be found in the Gospels of Matthew and the Gospel of Luke (Matisyahu and Lucas),  arguably both of which were written by Jews.  Coincidence? No.

The Genealogy of Jesus through Joseph

The Genealogy of Yeshua (Jesus Christ) through Yosef (Joseph)

The Genealogy of Jesus through Mary

Yeshua ben Yosef can be none other than Yeshua, the Jewish Messiah, son of Mary, son of Joseph, Son of God.