Gilad Shalit: Is He Worth It? Yes I Believe He Is… 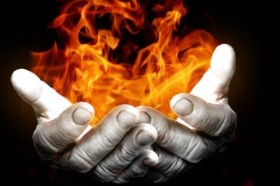 “Teacher, which is the greatest commandment in the Law?”

The prisoner swap between Israel and Hamas which facilitated the release of Gilad Shalit is monumental and deserves deeper reflection than other current events. No doubt Israel’s willingness to trade 1000+ convicted Islamic terrorists for a single Israeli soldier will be looked upon as a watershed event. Some will accuse Israel of insanity, others of pandering. Many questions spring to mind, some of the more obvious being the following: Was this a wise decision? Was the swap politically motivated on the part of Netanyahu and Likud, and if so, to what end? Will this ultimately backfire in our faces, and if so, how soon?

For such questions, only time and further debate will tell. But setting those aside, there are other more profound questions underneath, which arise from the Shalit rescue and deserve the greater part of our reflection, such as: Would any other nation in the world have done this for a single soldier? What does this lopsided trade say about the Israeli value of human life, over and against the lack of the same on the part of Hamas? And finally, the question most pressing on the hearts of the people of Israel – all of whom are required to serve in what is arguably the gutsiest military outfit on the planet – does my government care about me? After this trade, the triumphant answer to that question is, apparently yes.

It cannot be overstated that the military is the great equalizer of Israeli society. There are factions upon factions among Israelis in the realms of religion, gender, ethnicity, and economic status. But when parents deliver their teenage boys and girls to the train station for enlistment with the IDF, those other divisions are erased. Everybody serves. At the same time, military service is where the most important connections are made. Spouses meet, business partnerships are formed, and friends bond for life. It has been said that Israel does not “have” a standing army, so much as it is a standing army. Once a soldier always a soldier, and service to country is a thankless duty which, at least in Israel, still bridges the generations.

What is the price of freedom?

The population of Israel is just under 8,000,000, with 70% Jews, 20.5% Arabs, and around 5% falling into the category of “other.” In contrast, Arab League countries – of which there are over twenty – boast somewhere in the neighborhood of 350,000,000 people. A staggeringly disproportionate number. It begs the question: What’s the life of one young soldier worth? In the grand scheme of things, isn’t it better, more strategic, simply easier, to sacrifice the one for the benefit of ending the inglorious careers of 1000+ unrepentant terrorists?

One would think so.

But Israel is fighting a war of nerve, not a war of attrition, so the numbers will never be on her side. Yet in cutting this covenantal exchange for the life of Shalit one might argue that the spiritual high ground, and perhaps even the Lord, is on the side of Israel. What the world has seen here, is a kind of extreme moral willingness to come out holding the short straw. It calls to mind the seemingly upside-down willingness of Amish people to forgive and even show hospitality to a known murderer, or the jaw-dropping willingness of Gandhi’s followers to walk head-long into British gunfire. It invites scorn and derision, it looks bad, is painful to watch, is unsettling to youth and adults alike, and leaves us bracing for the next soldier to be quietly abducted from a local pub, then subsequently held for ten years instead of five. This trade is what military commanders would call the exact opposite of a rational transaction. If you want to win, you simply do not trade one life for thousands. Rather, you sacrifice the one, in the hopes of overwhelming the masses with raw power.

That's how it works, right?

But on the other hand, this has never been about winning the numbers war, it is about survival. Israel, as I have noted in previous columns, is a sanctuary for an endangered species. And if the motives of the Israeli government are to be trusted, this trade revolves around a single antiquated biblical word: sanctify. “We sanctify human life,” said Bibi Netanyahu. And thank God for it.

So the message is meant to be clearly understood: Israel values human life; the terrorists do not. Israeli soldiers are loved by the people not for committing suicide and pretending to be martyrs, but for serving the nation and protecting freedom while doing so. Theologically speaking, the citizenry of Israel – the overwhelming majority of which approves of the swap, however gut-wrenching it may be – understands that loving one’s neighbor means more than the absence of evil; ‘thou shall not murder.’ It means going out of the way, over the top, and well beyond the avoidance of killing, to the much higher path of proactive love. Every person who considers this swap should ask the same question: Would I be willing, as an act of love, to trade my life for one poor soldier fighting for my freedom? Perhaps even Shalit himself wonders if he would do the same. He is, after all, a survivor.

But the young man is free, glory to God. Against all odds, David has defeated Goliath, even if it looks otherwise. Shalit will heal, grow, and move past this tremendous experience even as it shapes his life for the rest of his days. In time he will no longer be seen on billboards alongside the Israeli flag, his face a national symbol of painful tears. Instead, people with an anti-Zionist bent will use his release as leverage to demand the end of the Gaza blockade, and the release of even more terrorists, on and on the hypocrisy will continue. Israel’s kindness and radical mercy will become a weapon against the Jews, most predictably.

But Gilad Shalit goes home to his mother and father. And for their part, for our part, Israelis will be able to raise their collective heads and say with all truthfulness, “We are not the cruel society they wish we were. We are humane and moral. And because of that, no matter what comes, our God is on our side.”

Next
300 Predictions about Messiah