The Geulah is the time of Redemption brought by Messiah (Mashiach) 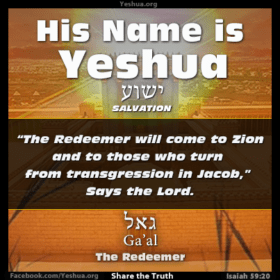 In traditional Judaism, the 'Geulah' is the time of Redemption brought by Mashiach (Messiah), when the world will be filled with the knowledge of God as the waters cover the ocean bed.

It is said that when Messiah ushers in the Geulah, everywhere you look you will see God's holiness.

The seventh blessing of the traditional weekday Jewish prayers is also called the Ge'ulah.  The prayer appeals to God for redemption and deliverance.

The Talmud states that the significance of this blessing's seventh position is that it points to the future advent of Mashiach, which will be preceded by the seven years of travail known as Jacob's Trouble.

At the end of Jacob's Trouble, Messiah will appear to usher in the Geulah, an age of incomparable peace (shalom).

The Ge'ulah blessing reads as follows:

"Behold our affliction and champion our cause, and redeem us speedily for the sake of Thy Name. Blessed are You, Lord, Redeemer of Israel."

It should be noted that liberal branches of Judaism have taken liberty in making changes to the traditional weekday prayers.

In Reform Judaism the phrase 'umeivi go'eil' ("and brings a redeemer") is changed  to 'umeivi ge'ulah' ("who brings redemption"), replacing the personal messiah with a Messianic Age.

This represents a turning away from the traditional article of faith that God will resurrect the dead.

Traditionally, when one sees a friend whom one has not seen in over a year, the traditional blessing is m’chayei hameitim, who brings the dead to life.

I declare: Baruch Atah Adonai, Eloheinu Melech Ha'Olam, M’chayeh Hameitim.  Blessed are You, Eternal Our God, Ruler of the Universe, who gives life to the dead…"

Greater love has no one than this, than to lay down one’s life for his friends.
– John 15:13

Yeshua/Jesus, the Messiah, laid down his life for his friends, only to take it up again. The Messiah has been away for a long time but is returning very soon.

If we confess our sins, he is faithful and just to forgive us our sins, and to cleanse us from all unrighteousness.

I do not want you to be ignorant of this mystery, brothers, so that you will not be conceited: A hardening in part has come to Israel, until the full number of the Gentiles has come in.
And so all Israel will be saved, as it is written:

“The Deliverer will come from Zion;

He will remove godlessness from Jacob.

And this is My covenant with them

when I take away their sins.”

“The Redeemer will come to Zion, and to those who turn from transgression in Jacob,” Says the Lord.
– Isaiah 59:20

I am not ashamed of the gospel of Messiah, for it is the power of God to salvation for everyone who believes, for the Jew first and also for the Gentile.
-Romans 1:16

For there is no distinction between Jew and Gentile, for the same Lord over all is rich to all who call upon Him. For “whoever calls on the name of the Lord shall be saved.”
-Romans 10:12

What a friend you have in Yeshua, whose very name means 'Salvation'.

The time to confess one's transgressions and repent (Teshuvah) is now because tomorrow is promised to no one.

The time to call on Yeshua/Jesus is now. Whoever calls on the name of Hashem will be saved.

Be Saved and Look Up! Your Redemption and the Geulah are near!