Gazar is Cutoff, as Yeshua was from the land of the living. 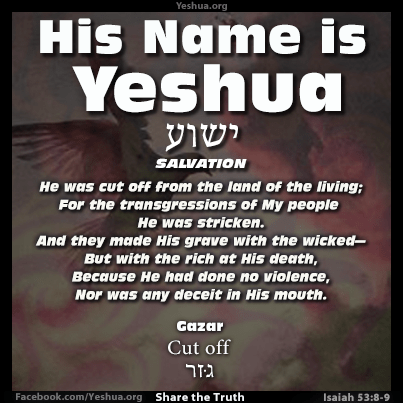 Messiah also suffered for us, leaving us an
example, that you should follow His steps.

“Who committed no sin,
Nor was deceit found in His mouth”;
who, when He was reviled, did not
revile in return; when He suffered,
He did not threaten, but committed
Himself to Him who judges righteously;
who Himself bore our sins in His own
body on the tree, that we, having died
to sins, might live for righteousness—
by whose stripes you were healed.

Next
Ruler of Israel