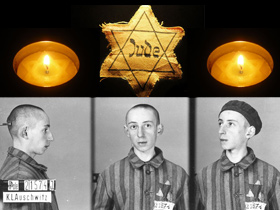 Now Aaron’s sons Nadab and Abihu each took his fire pan, put fire in it, and laid incense on it; and they offered before the Lord alien fire, which He had not enjoined upon them. And fire came forth from the Lord and consumed them; thus they died at the instance of the Lord. Then Moses said to Aaron, “This is what the Lord meant when He said:

Through those near to Me I show Myself holy,

And gain glory before all the people.”

Nadab and Abihu must have sinned greatly to deserve such swift and decisive punishment. Yet, Scripture says only that they offered “alien fire,” which God had not commanded them. Nadab and Abihu are priests, mediators between God and his people. Whatever the exact nature of their sin, it is clear that they somehow misrepresented God, because the Lord responds to their sin by saying, “Through those near to Me I show myself holy.” Such misrepresentation is a grave offense indeed.

Moses learns the same lesson at the waters of Meribah. There, the Israelites complain because there is no water. The Lord tells Moses to speak to the rock, and it will bring forth water. Instead, Moses castigates the people for their complaining and strikes the rock. Water comes forth, but the Lord tells Moses,

Because you did not have trust in me,

to treat-me-as-holy before the eyes of the Children of Israel, therefore:

you shall not bring this assembly into the land that I am giving them! (Num. 20:12, Fox)

As Moses tells Aaron after the death of his sons, the Lord will show himself holy through those near to him and will be glorified before all the people. At Meribah, however, Moses, like his nephews earlier, misrepresents God before the people—and receives harsh judgment himself.

During most years, the reading of the story of Nadab and Abihu in the synagogue comes not long before Yom HaShoah, Holocaust Remembrance Day. One of the essential books for understanding the Holocaust and its horrific impact upon the Jewish people is Night by Elie Wiesel. In his foreword to the book, the venerable French author François Mauriac writes of his first meeting with the young Wiesel. Wiesel tells Mauriac how his childhood faith perished in the living hell of Auschwitz, and Mauriac writes,

What did I say to him? Did I speak of that other Israeli, his brother, who may have resembled him—the Crucified, whose Cross has conquered the world? Did I affirm that the stumbling block to his faith was the cornerstone of mine and that the conformity between the Cross and the suffering of men was in my eyes the key to that impenetrable mystery whereon the faith of his childhood had perished? Zion, however, has risen up again from the crematories and charnel houses. The Jewish nation has been resurrected from among its thousands of dead. It is through them that it lives again. We do not know the worth of one single drop of blood, one single tear. All is grace. If the Eternal is the Eternal, the last word for each one of us belongs to Him. This is what I should have told this Jewish child. But I could only embrace him, weeping.[i]

Mauriac is right not to speak. Those who represented the Messiah whom Mauriac wanted to share with Wiesel had so misrepresented him that there was nothing left to say.” Hitler, of course, was no Christian. But the seedbed for the Holocaust had been prepared by centuries of Christian anti-Semitism throughout Europe, and the Church had done little to protest the destruction of the Jews. We must remember the ten Booms and many other Christians who helped. We must give thanks for Christians since the Holocaust who have worked to overcome anti-Semitism and seek true reconciliation with the Jewish community. But we must also remember that during the Holocaust the vast majority of Christians, and especially the visible institutions, did not help.

In the Protestant Netherlands, the Nazis offered a deal to the churches that were opposing the deportation of the Jews. If they would stop their protest, the Nazis would refrain from deporting those Jews who had become Christians. The Dutch Reformed Church accepted the deal and went silent concerning the fate of the majority of the Jewish community. On the other side of the European continent, a Lithuanian Catholic bishop met occasionally with the chief rabbi in his area. As the Nazi vice was tightening, the rabbi asked if the bishop could arrange for Jewish children to be hidden in monasteries. The bishop refused to intervene, saying that the monasteries were autonomous and, besides, “their abbots and priors did not excel in mercy and love.” Later that same year, 1943, the Nazis occupied Rome and rounded up its Jews under the windows of the Vatican, which made no public statement of concern or protest.[ii] Hitler and the Nazis were the great culprits of the Holocaust, but the Church was guilty of its own sin—misrepresenting God by refusing to help the Jews. Those with a claim to be near to God failed to display his holiness in this tragic time.

Nearly sixty years after the deportation of the Roman Jews, John Paul II became the first Pope to visit Israel—in itself an act of apology. He visited Yad Vashem, the Holocaust Memorial in Jerusalem, and prayed at the Western Wall, where he placed a prayer for forgiveness between its stones:

God of our fathers, you chose Abraham and his descendants to bring your name to the nations. We are deeply saddened by the behavior of those who in the course of history have caused these children of yours to suffer. And asking your forgiveness, we wish to commit ourselves to genuine brotherhood with the people of the covenant. Jerusalem, 26 March 2000. Signed: John Paul II.[iii]

Today, Messianic Jews often meet with resistance or even rejection as we seek to follow Messiah in the midst of the larger Jewish community. Some resistance to the word of Messiah seems inherent to human nature, but Parashat Sh’mini reminds us of the reason for a particularly Jewish resistance—the misrepresentation of God in the name of Yeshua. Many Jews resist the message of Yeshua because he has been so tragically misrepresented among the Jewish people for so long.

If we respond to this resistance by distancing ourselves from the Jewish community, we risk misrepresenting God ourselves. Instead, we have an opportunity to emulate Yeshua, who above all others is near to God . . . and who resolutely remains near to Israel, despite rejection. “For I say that the Messiah became a servant of the Jewish people in order to show God’s truthfulness by making good his promises to the Patriarchs” (Rom. 15:8, cjb).

Nadab and Abihu were priests, mediators between God and Israel, who somehow went astray and misrepresented God. Their story teaches us how disastrous such misrepresentation can be. The Holocaust teaches us a further lesson. We can misrepresent God not only by doing the wrong thing, but simply by failing to do anything.

Messiah represents God by offering God’s mercy, healing, and restoration, especially to the whole house of Israel, to “confirm the promises given to the patriarchs.” Those who claim to follow Messiah are to do the same. Our hope is that among us, God might in some way “show himself as holy and be glorified before all the people” (Lev. 10:3).

For the journey: We can misrepresent God by doing nothing in the face of evil or need. What opportunities to represent God’s love and mercy have I been overlooking—opportunities that might be right in front of me today?

From Creation to Completion: A Guide to Life’s Journey from the Five Books of Moses, by Rabbi Russell Resnik.
Messianic Jewish Pub., 2006.
www.messianicjewish.net.

Next
Yeshua is the Lamb of God