Would you rather have a nuclear Iran than a war? 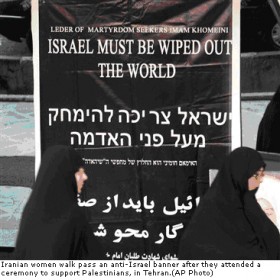 Would you rather have a nuclear Iran than a war?

Successive leaders of Iran have repeatedly said that they will erase Israel from the pages of history.

The current president of Iran, Ahmadinejad has said many times, "Israel must be wiped off the map".

Other quotes of Mahmoud Ahmadinejad include:

"Anybody who recognizes Israel will burn in the fire of the Islamic nation's fury."

"Remove Israel before it is too late and save yourself from the fury of regional nations."

"Israel is a rotten, dried tree that will be annihilated in one storm."

“Iran is ready to transfer nuclear know-how to the Islamic countries due to their need.”

"They have invented a myth that Jews were massacred and place this above God, religions and the prophets." 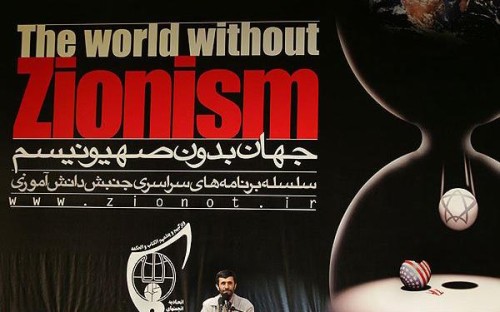 "[There is] no significant need for the United States."

The Supreme Leader of Iran, Ayatollah Ali Khamenei has said the same.

Israel is the only established democracy in the entire region and welcomes more people of more faiths to their country with open arms than any other country in the region.

It's time to take a stand for Israel, the Jewish people, and all other freedom-loving citizens of Israel.

Say "NO!" to the evil intentions of those who would attempt real genocide, leaders who deny the last Holocaust while saying they want the next.

Lessons must be learned from history.  When somebody like Adolf Hitler says they want to destroy you then you must believe them.

The best chance for the Iranian people to overthrow the insane, fanatic, homicidal, genocidal regime which is currently in power in Iran is to support the overthrow of this regime, not to wipe Iran off the map.

All that is necessary for evil to triumph is for good men to do nothing.

God will fulfill his promises to the Jewish people, in his own way and in his own time.  Salvation will come to Israel when she says, "Blessed is he who comes in the name of Adonai"

Next
Messiah Yeshua and Hanukkah are Connected!