The Dangerously Changing Demographics of the New Anti-Semitism! 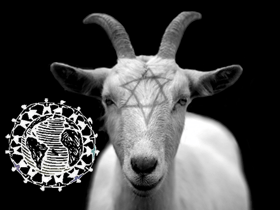 Demographics can tell us a lot about the way society is evolving. Demographics can change our culture. Demographics can re-shape the political profile of a region or a country. They obviously can turn any economy around. What might be less known but nonetheless as important to understand, is that the world is currently going through a demographic shift that is affecting anti-Semitism.

The oldest hatred as some call it, isn't going away anytime soon. As a matter of fact, I have been arguing for a while now that it keeps growing and is currently at levels rivaling the 1930s and 40s, especially in Europe.

It was only 70 years ago, the Second World War had just come to an end and the whole world was beginning to discover the horrors of the Holocaust. General Eisenhower wanted to be a first-hand witness of these horrors to help preserve their memory, as he visited the camps and documented much of what he discovered.

It wasn't long before anti-Semitism became a taboo subject. To be sure, the beast never died but it was suppressed for a while. World powers and European countries were in one accord along with the surviving Jewish community and a new motto was born: NEVER AGAIN!

It could be argued that the modern State of Israel was reborn in 1948 as a result of collective guilt, fulfilled biblical prophecy and/or fate, depending on one's reliance on God. As far as I am concerned, I believe that God was very much involved in the rebirth of Israel, and it was no afterthought of His, but part of His plan for mankind all along.

Yet, the suppression of anti-Semitism was short-lived and within twenty years, after Israel was reborn, the oldest hatred was also experiencing a resurgence. Anti-Semitism was back, and this time it had returned with a vengeance–although we could argue that in essence anti-Semitism has always been a vengeance against the Jews.

Fast forward to 2014 and as the world increasingly grows into a global village, anti-Semitism is now benefiting from cyberspace and its new frontiers or lack of! There is currently nowhere in the world where Jewish people are safe, except possibly Israel in spite of all the terror and violence present there.

The demographics are shifting. Pre-World War Two classic anti-Semitism was almost purely racial. The Nazis were motivated to completely annihilate European Jews simply because of their conviction that they [the Jews] were sub-human and as such, not worthy of existing. This right-wing fascist approach to Jewish existence, for the most part, became obsolete or at least taboo by 1945.

Then came the liberal left-wing factions–greatly helped by Arafat and his cohorts–who within twenty years started to paint the picture of Israel, the Jews and Zionism as oppressors, occupiers and murderers of Palestinians. This picture is of course not based on any truth but on a desire to further ostracize the everlasting scapegoats of humanity. It is working very well as we can witness on campuses across America. The recent increase in popularity of the BDS (Boycott, Divestment and Sanctions) movement is very symptomatic of the new direction the world is taking against Israel and the Jews. Benjamin Netanyahu just spoke against BDS and other ills of anti-Semitism at AIPAC2014. He very simply calls BDS anti-Semitic and rightfully so! Israel is not South Africa, never was and never will be.

Of course, the picture wouldn't be complete without the involvement of the Christian Church. Here is another global community that has much baggage when it comes to Judeo-Christian relations over the last 2000 years. You would think that a church community that hasn't done a whole lot to protect the Jews of Europe would tread very lightly when it comes to modern-day Jews and Israel. As I spend a tremendous amount of time speaking in churches across America and some in France as well, I am saddened by the shift from Christian Zionism to Christian Palestinianism. I still continue to meet people who love Israel and the Jews but they are no longer the majority within the Christian church as the recent "Christ at the Checkpoint" testifies.

The changing demographics of anti-Semitism are moving people towards a new unity against Jews and Israel. As a victim of postmodernism, today's Jew doesn't have to fit a profile to be demonized; he simply has to be a Jew anywhere in the world. Truth no longer being required and absolutes having become irrelevant in today's world, when it comes to singling out the Jews, the irrationality of anti-Semitism goes unchecked. There is NO MORE TABOO!

Neo-Nazis, Islamists, liberals, academics, politicians, entertainers, Christians, atheists et al might have very little in common, except when it comes to ostracizing my people. Ideologies, religious convictions and cultures vary, yet there is a communal draw to single out Jewish people that defies logic on so many levels.

I always find solace and a balanced approach to mankind in general and Israel in particular on the pages of God's Word. God also desires unity between men but I am pretty sure that the unity He speaks of isn't at the expense of Israel! While the world might be jealous of Zion in a destructive way, God is jealous over Zion in a protective way!

“Behold, all those who are angered at you will be shamed and dishonored; Those who contend with you will be as nothing and will perish. “You will seek those who quarrel with you, but will not find them, Those who war with you will be as nothing and non- existent.“For I am the Lord your God, who upholds your right hand, Who says to you, ‘ Do not fear, I will help you.’“Do not fear, you worm Jacob, you men of Israel; I will help you,” declares the Lord, “and your Redeemer is the Holy One of Israel."
Isaiah 41:11-14

Next
How Yale Killed God, Again