The Fight Against Replacement Theology 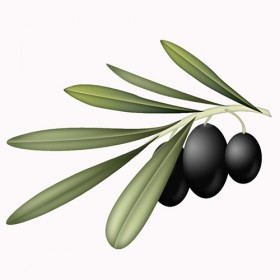 In their response letter, the local committee is at pains to clarify that, "We do not endorse or preach any theology that discriminates or harms the Jewish people," and "it is natural and right for Jewish believers to expose anti-Semitism and all forms of violence against Israelis and Jewish people around the world." Accordingly, we do speak out against the supersessionist theology that underlies their conference agenda, and which has been a source of anti-Semitism and even anti-Jewish violence for centuries.

CatC’s express opposition to Zionism—the commitment to the land of Israel as a Jewish homeland—is not a reaction to specific policies or positions of the state of Israel, but a rejection of any unique standing for the Jewish people. Zionism is wrong because it is "privileging one people at the expense of others." In other words, support for the land of Israel as the homeland of the Jewish people automatically comes at the expense of other peoples and is to be rejected. What, then, do those who hold this position do with the biblical promises of an everlasting covenant with the Jewish people, which includes provision for the Land of Israel? They must revert to the old Christian anti-Jewish theology that God’s covenants with Israel are no longer valid since the coming of Messiah. For instance, featured CatC speaker Gary Burge, Professor of Theology at Wheaton College, writes that theologians like himself, "are not at all convinced that the promises to Abraham much less Moses are still theologically significant today" (http://www.christianzionism.org/Article/Burge02.pdf).

But if the promises to Abraham and Moses are no longer significant, then there is no longer any theological meaning to Jewish identity or the destiny of the Jewish people. In one stroke, supersessionist/replacement theologians would deny the essential self-understanding of the Jewish people as bearing a unique covenant relationship with God. Jews who maintain loyalty to their own people and traditions, including the millennia-old hope for the restoration of Israel and Jerusalem, are deluded. In this view, they are pursuing a dead and false hope.

Not only is this theology destructive to Jewish identity and self-understanding, but it has led to countless acts of violence and persecution against the Jewish people for centuries. Furthermore, it is based on a problematic reading of Scripture, as the brief quote from Burge indicates. God promises to Abraham, Isaac, Jacob and their descendants an eternal or everlasting covenant (Gen. 17:19-21, 26:2-5) which includes the promise of land (Gen. 17: 28:13; Ex. 6:4). Centuries later, in the face of Israel’s shortcomings and exile from that land, the prophets declare the ongoing validity of God’s promises to the people Israel:

Thus says the LORD, who gives the sun for light by day and the fixed order of the moon and the stars for light by night, who stirs up the sea so that its waves roar—the LORD of hosts is his name: If this fixed order were ever to cease from my presence, says the LORD, then also the offspring of Israel would cease to be a nation before me forever. Thus says the LORD: If the heavens above can be measured, and the foundations of the earth below can be explored, then I will reject all the offspring of Israel because of all they have done, says the LORD. (Jer. 31:35–37)

Therefore say to the house of Israel, Thus says the Lord GOD: It is not for your sake, O house of Israel, that I am about to act, but for the sake of my holy name… I will take you from the nations, and gather you from all the countries, and bring you into your own land.

I will sprinkle clean water upon you, and you shall be clean from all your uncleannesses, and from all your idols I will cleanse you. A new heart I will give you, and a new spirit I will put within you, and I will remove from your body the heart of stone and give you a heart of flesh. I will put my spirit within you, and make you follow my statutes and be careful to observe my ordinances. Then you shall live in the land that I gave to your ancestors, and you shall be my people, and I will be your God. (Ezek. 36:22, 24–28)

We can disagree about the relationship between current developments in the Land of Israel and these prophecies, but it is clear that Scripture portrays God’s promises to Abraham, including the land, as valid even after Israel’s disobedience and exile. In the New Testament era, in the face of widespread Jewish rejection of Yeshua as Messiah, Paul reminded his readers that concerning God’s election the Israelites are "beloved for the sake of the fathers. For the gifts and the calling of God are irrevocable" (Rom. 11:28b–29). If Paul considers this calling irrevocable, even after he and his message have been turned down by the Jewish majority, how does a modern Christian theologian conclude that the promises to Abraham are no longer significant?

The Messianic Jewish community worldwide, standing in the place of our forefathers Abraham, Isaac, Jacob, and the prophets and apostles who authored the Scriptures, view the modern re-emergence of supersessionism/replacement theology as a serious theological error, which has fueled anti-Semitism throughout history. It needs to be exposed and rejected by Christians worldwide. This theology, if left unchallenged, will eventually result in the continued suffering and persecution of our Jewish people, whether inside or outside Israel.

Any effort for peace and reconciliation between Jews and Gentiles, even within the Yeshua-believing community, must recognize that the gifts and calling of God toward our Jewish people are irrevocable and still in effect today.

Next
Christian Palestinianism: With Friends Like You Who Needs Enemies?