Sad, But We Told You So 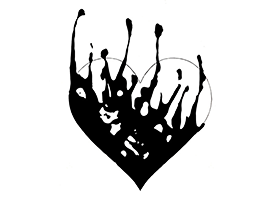 Back in October of 2014, I was invited to submit an article reporting to World Magazine in response to an outcry from the Jewish community against the words and actions of Rev. Dr. Stephen Sizer, a vicar of the Church of England.  Dr. Sizer had appeared in Tehran, Iran, at a conference that ran like a who’s who of Holocaust deniers, conspiracy theorists, and Israel haters from around the globe.  In response to his appearance, Jewish groups were up in arms, with the Anti-Defamation League, no less, calling for his ouster.  This we reported, at Yeshua.org, but in the end, the story died over at World Magazine.

At the time I wondered why.  Maybe I wrote too much of a ‘hit piece?’  Maybe I was too biased?  Perhaps the good Reverend was a misunderstood character, and I was misunderstanding him.  After all, he is a doctor of theology, with a respected position in the Church of England.  Could it be he was simply being maligned by…who?  Jewish patriots – those overly bold Zionist zealots who dare to defend the right of Jews to reside in their ancient ancestral homeland?  Surely Dr. Sizer could not be…gasp…dare we say it, anti-Semitic?

No, perish the thought!  Those sentiments don’t exist in our times, in our pulpits.  Do they?

Fast forward to today.  A new development took place recently, the result of which is that Sizer has been fully and completely censored by his own church.  And to that I say, it’s about time.

Nobody in the Jewish community wants to wrongly accuse people of anti-Semitism.  We are far more careful than that.  We know what it’s like to be falsely accused.  One of the more disgusting tactics of the anti-Zionist / anti-Israel crowd is to accuse the Jews, of all people, of being Nazis.  This is distasteful to the point of our embarrassment on their behalf for gross ignorance.

But the final straw that caused the injunction against Sizer is this link, which he posted on his Facebook page just two days after International Holocaust Memorial Day, less than a week after the 70th anniversary of the liberation of Auschwitz.  In case you do not want to waste your time reading it – and we do not recommend you waste the time – the article in question is bluntly titled, “9-11 / Israel did it.” It was written and posted by a group of obscurantist conspiracy kooks who apparently have nothing better to do than create new versions of The Protocols of the Elders of Zion, when instead they should stick to playing video games in grandma’s basement.

Along with the article, Sizer feigned both ignorance and intellectualism: “Is this anti-Semitic?  If so no doubt I’ll be asked to remove it.  It raises so many questions.”  And to that I would like to answer with a loud and resounding, yes!  Yes, Dr. Sizer, directly accusing or even suggesting that the Jewish people are the hidden masterminds behind 9/11 is actually anti-Semitic, in the real world.  And in case you still have doubts about that, please sign up for a free lobotomy.

And exactly what kind of interesting “questions” – other than conspiratorial ones – does this sort of paranoia and Jew-hating raise?  All it serves to do is cast aspersions on the Jewish people, and subsequently drag the Church of England through the mud, along with any others who seem to enjoy wallowing there.

For this reason, the Church of England needed to act.  And they had to be perfectly clear.  The embarrassing theological gymnastics that Sizer so often used to justify his anti-Zionist activism during formal debates had officially spilled over into anti-Semitism.  Despite his friendly exterior and high-sounding scholastic rhetoric, the message came through loud and clear to those Jews who paid attention, and they understood exactly what he meant: Jewish Israel is the new empire, the Palestinians are eternal victims, Christian support for Israel is heretical, and Jesus would agree with Stephen Sizer.

Among those who were not fooled was Dr. Michael Brown, a respected Messianic Jewish theologian whose material this site has linked to frequently.  At the time of the Tehran conference fallout, Dr. Brown, provided the following quote:  “I find it unconscionable and inexcusable for Dr. Sizer to make such inflammatory comments at a conference held in Iran, a country that has openly called for the annihilation of Israel. Rather than denouncing radical Islam and Islamic terrorism, instead, he calls Christian Zionism a heresy, likening it to jihad, branding it confrontational, and claiming it influences political policies in the West. Shame on Dr. Sizer for doing so much damage as a representative of Jesus.”

And alongside that sentiment I say, humbly, we told you so.  In a statement from the Church of England, Andrew Watson, the bishop of Guildford, called Sizer’s implication that Israel was responsible for 9/11 a “ridiculous suggestion.”  He went on to say  “It is, therefore, my decision that Stephen’s work in this area is no longer compatible with his ministry as a parish priest…he is to refrain entirely from writing or speaking on any theme that relates, either directly or indirectly, to the current situation in the Middle East or to its historical backdrop.”

So the hammer has fallen.

I welcome this development, not because I enjoy seeing someone gagged, or because I have a problem with free speech.  I do not.  Rather, I find it sad that Dr. Sizer was unable to fulfill the ministry without resorting to pretty little lies and subtle hate.  As a Jew, I found his comments hurtful, as a theologian I found his thinking to be unreasonable, and as one who loves the Church of England and its great heritage, I found his conduct reprehensible.  Even those who agree with Sizer’s positions have said his inflammatory rhetoric was hurting their cause.

Now looking back at an earlier stage of this story’s development, I wrote a draft article that opened with the line, “Theology has legs that can walk a person right off a cliff.”  And no doubt Stephen Sizer’s story is a cautionary walk-off-the-cliff sort of tale.  But I think the better way to close this chapter is with a great Hebrew proverb.