Focusing on what Unites Jews and Evangelicals! 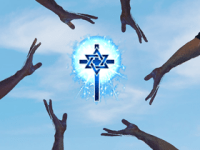 For as long as Jews and Christians have existed, there has been an obvious tension between both groups too often resulting in ostracizing, forced conversions, expulsions, and deaths. Both sides have become very good at itemizing what divides them and dwelling on the differences. Over the years, finger-pointing and blame-shifting have almost become an art form in Judeo/Christian relations. END_OF_DOCUMENT_TOKEN_TO_BE_REPLACED

The Dangerously Changing Demographics of the New Anti-Semitism! 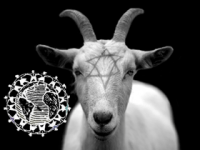 Demographics can tell us a lot about the way society is evolving. Demographics can change our culture. Demographics can re-shape the political profile of a region or a country. They obviously can turn any economy around. What might be less known but nonetheless as important to understand, is that the world is currently going through a demographic shift that is affecting anti-Semitism. END_OF_DOCUMENT_TOKEN_TO_BE_REPLACED

Eschatological Anti-Semitism is Here and the Clock is Ticking! 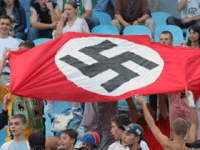 THERE IS NO DOUBT in my mind that organizations such as the Anti-Defamation League or the Simon Wiesenthal Center are instrumental in fighting bigotry and xenophobia in general and anti-Semitism in particular. They are very involved in tracking, exposing and fighting all kinds of anti-Semitism worldwide. Yet, I still believe that the best barometer to measure the global level of anti-Semitism remains the nation of Israel. END_OF_DOCUMENT_TOKEN_TO_BE_REPLACED

Is the Shadow of Kristallnacht Looming Over Jews Again? 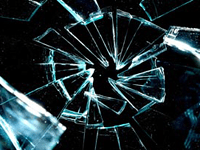 Seventy-five years ago on November 9-10, 1938, an unprecedented event occurred throughout Nazi Germany and parts of Austria and Czechoslovakia. It continues to be remembered as Kristallnacht or "the Night of Broken Glass". END_OF_DOCUMENT_TOKEN_TO_BE_REPLACED

The Vital Legacy of ‘Righteous Gentiles’ 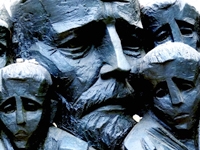 After the end of World War II, Gen. Dwight D. Eisenhower visited a concentration camp, and what he saw there was so unbearable it prompted him to document it as thoroughly as he could. He wrote in a letter to George Marshall:

“But the most interesting – although horrible – sight that I encountered during the trip was a visit to a German internment camp near Gotha. The things I saw beggar description. While I was touring the camp I encountered three men who had been inmates and by one ruse or another had made their escape. I interviewed them through an interpreter. The visual evidence and the verbal testimony of starvation, cruelty, and bestiality were so overpowering as to leave me a bit sick. END_OF_DOCUMENT_TOKEN_TO_BE_REPLACED