THE NAZIS AND THE PALESTINIAN MOVEMENT

This video is TOO IMPORTANT TO IGNORE…Perhaps you Haven't yet wondered why Muslim Armies throughout the Middle East have adopted the Nazi salute. END_OF_DOCUMENT_TOKEN_TO_BE_REPLACED

Will the Third Intifada be Global? 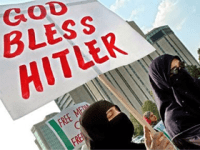 We are now entering the third week of the Gaza War. Israel's IDF death toll is 25 and Gaza is over 500 (over 3,100 wounded). The vast majority of the Gaza casualties are men between 18 and 35, due to the precise and intelligent targeting by IDF. War is always tragic and devastating because one human life lost is always one too many, regardless of the side. The ground incursion–please don't allow anyone to call it an "invasion"– started on July 17 after Prime minister Netanyahu made a statement explaining the reason for such a move. Israel is officially at war and it could last weeks if not months. END_OF_DOCUMENT_TOKEN_TO_BE_REPLACED

Keep Calm and Carry On, It’s Just a French Pogrom!

Last Sunday afternoon, if you were in Paris France, you most likely were watching the 2014 World Cup Finals, the Tour de France or simply relaxing during your three-day Week-end for France's Independence Day. Unless of course, you were marching towards the "Place de la Bastille" with the rest of the 10 to 20,000 pro-Palestinian demonstrators. But to be fair, this was not the first time that pro-Palestinian and Hamas supporters took the streets of the capital, and as scary as it always is, it happens regularly. This time it was to protest the on-going Gaza War, and of course, by proxy, all French Jews are responsible. END_OF_DOCUMENT_TOKEN_TO_BE_REPLACED 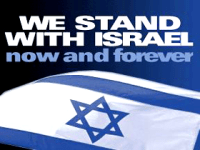 Just over a week ago, PC USA (Presbyterian Church USA) held its biennial 2014 General Assembly in Detroit. The result of the weeklong gathering of delegates, leaders and other participants is still having major ripple effects within the Christian community at large. I was already concerned when I blogged on the topic last February as well as April when I did a review of their DVD/booklet pre-general assembly package titled "Zionism Unsettled". END_OF_DOCUMENT_TOKEN_TO_BE_REPLACED

The Monuments Men: In Dire Need Of Them Today 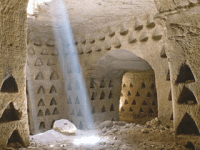 The Monuments Men: In Dire Need Of Them Today The Monuments Men presents a Hollywood look at the Monuments, Fine Arts, and Archives (MFAA) program which sprang from the need to protect European artwork during the Nazi invasion of World War II.  The MFAA was formed by the Allies in response to looting, burning, and destruction of priceless artworks, with the aim of preserving those cultural artifacts left in the wake of Hitler’s genocidal war.  Apart from being a hall-of-fame anti-Semite, Hitler was also a greedy little man, who wanted to own and control the entire art world.  But when the tides of war turned against him, he childishly had tens of thousands of masterpieces destroyed, as if to say, “If I can’t have them, nobody will.” END_OF_DOCUMENT_TOKEN_TO_BE_REPLACED