Is this an Aliyah or an Exodus for French Jews? 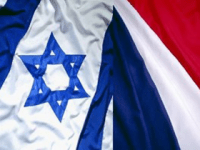 It has only been two months since the terrorist attacks in France led to the death of 17 people including four Jews in a kosher supermarket on the east side of Paris. Prime minister Manuel Valls delivered an emotional speech punctuated with rightful indignation in front of the French Assemblée Nationale, calling anti-Semitism “The symptom of democracy in crisis”. French President François Hollande vowed to defend France’s Jews when he was recently quoted saying: “Jews are at home in France, it’s the anti-Semites who have no place in the republic, in protecting its Jews, the republic is protecting itself.”   END_OF_DOCUMENT_TOKEN_TO_BE_REPLACED

The Six Dangers of Christian Palestinianism 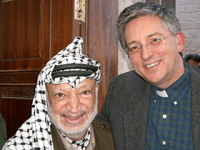 There has been a shift in Christian theology as it pertains to the Church’s relationship with Israel and/or Palestinian Christians. Loyalties once rooted in biblical principles are quickly changing. For followers of Yeshua (Jesus), it should not be much of a struggle to recognize Israel’s right to exist as well as the desperate need of the Jewish people for their Messiah. END_OF_DOCUMENT_TOKEN_TO_BE_REPLACED

Sad, But We Told You So 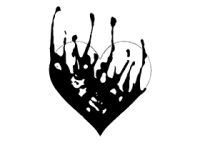 Back in October of 2014, I was invited to submit an article reporting to World Magazine in response to an outcry from the Jewish community against the words and actions of Rev. Dr. Stephen Sizer, a vicar of the Church of England.  END_OF_DOCUMENT_TOKEN_TO_BE_REPLACED 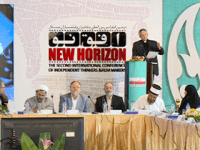 The Rev. Dr. Stephen Sizer, no stranger to controversy, has appeared at the Second International New Horizon Conference in Tehran, Iran.  His appearance has sparked a public outcry from the Anti-Defamation League and other Jewish watchdog groups now calling for his removal from the Church of England. END_OF_DOCUMENT_TOKEN_TO_BE_REPLACED

From Zionism to Palestinianism: The Great Christian Betrayal! 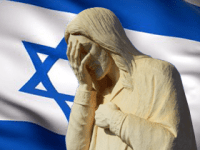 It was in 1894, when Hungarian Jewish reporter Theodor Herzl followed the Dreyfus Affair in Paris, it took him no time to realize that anti-Semitism was alive and well. Herzl was shocked to hear "Death to the Jews" on the streets of Paris. Napoleon might have been friendly to the Jews of his time, yet the "Jewish Enlightenment", also known as the Haskalah, was mostly a failure. END_OF_DOCUMENT_TOKEN_TO_BE_REPLACED

THE NAZIS AND THE PALESTINIAN MOVEMENT

This video is TOO IMPORTANT TO IGNORE…Perhaps you Haven't yet wondered why Muslim Armies throughout the Middle East have adopted the Nazi salute. END_OF_DOCUMENT_TOKEN_TO_BE_REPLACED